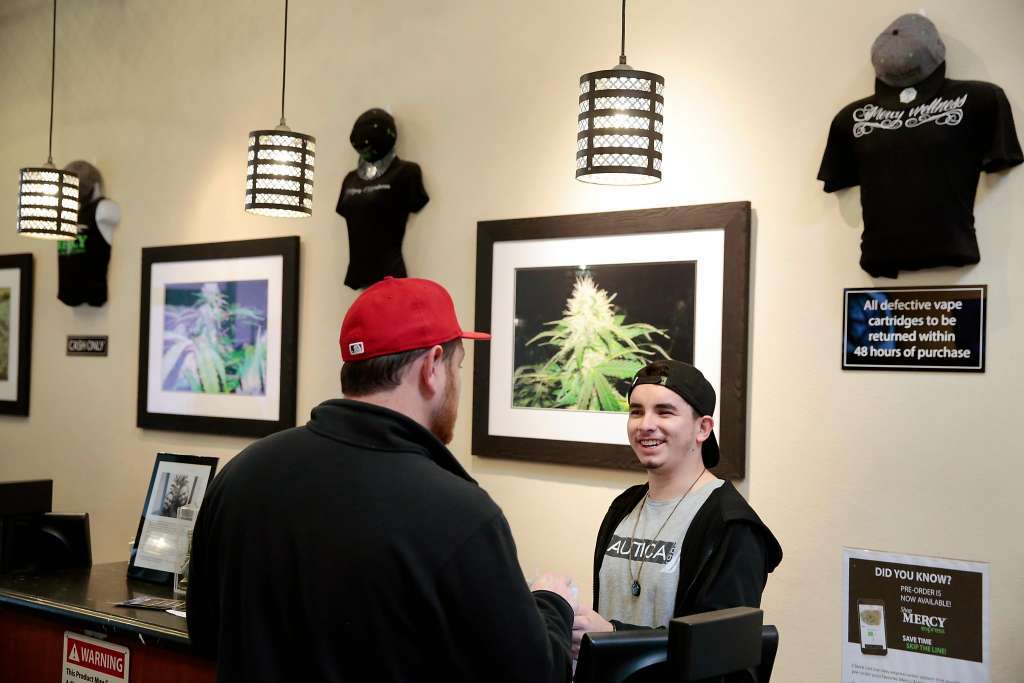 A mellow off-year election could get an intriguing boost Tuesday when voters in two Bay Area cities consider marijuana taxation measures — but for those uninspired by ganja, local ballots also will feature rent control, an urban growth boundary and a school parcel tax.

Voters in the cities of Pacifica and Cotati will decide whether to levy taxes on the gross receipts at cannabis dispensaries. The measures, both called Measure G, would raise an estimated $360,000 in Pacifica and $300,000 in Cotati, but the new taxes would also likely jack up the price of cannabis for consumers.

The two cities are among a very few Bay Area communities going to the polls Tuesday, including several cities in Sonoma County where recent fires and a decision to accept only mail-in ballots are expected to result in an exceedingly low turnout.

The town of Windsor is voting on a resolution to extend its urban growth boundary to the year 2040 and add a few extra parcels for commercial development. The Wilmar Union School District, just west of Petaluma, is seeking an annual $65 parcel tax that would last eight years, supporting the 240 students at Wilson Elementary School.

Two candidates are running for one seat on the Timber Cove Water District, in the tiny coastal hamlet of Sea Ranch.

The cannabis tax in Cotati has generated the most interest, though. The 7,500 residents of the suburb just south of Rohnert Park will decide whether to place a tax of up to 8percent on the gross receipts of pot cultivators, or up to $25 per square foot of cultivation. The measure would also tax manufacturing, distribution and retail sales. That would mean Mercy Wellness of Cotati would have to implement an initial tax of 2percent on sales, which would increase to 3percent in three years.

The owners at Mercy, the only cannabis dispensary in Cotati, said they would have to raise prices as a result of the tax, but the issue isn’t foremost on the minds of Sonoma County residents as they recover from the disastrous fires that raged through their communities last month.

It doesn’t help that all polling stations in Sonoma County will be closed Tuesday because of an executive order Gov. Jerry Brown issued after the fires. As of Friday, only 20percent of total ballots had been mailed in.

The stakes may be higher in Pacifica, where the Cannabis Wellness Center on Palmetto Avenue has been operating without a license because none have been issued. The Marijuana Operations Tax would levy a 6percent tax on the gross receipts at recreational and medical cannabis dispensaries, which the City Council would have the option to raise to 10percent after two years.

Jay Pasco, co-owner of the Cannabis Wellness Center, said he plans to apply for a state license Jan. 1 to sell both medical and recreational marijuana if the measure passes. If voters reject Measure G, cannabis sales would be illegal and his dispensary could be shut down.

No arguments were submitted against the measures in Cotati and Pacifica, which are both attempting to reap tax benefits from the passage last year of Proposition64, which legalized recreational sales of marijuana in California starting in January.

Pacifica voters also will vote on Measure C, which would limit rent increases in apartment buildings constructed before Feb. 1, 1995 to the annual increase in the Consumer Price Index.

Rent control is a big issue for tenant activists, who are determined to hold down skyrocketing housing costs in the Bay Area. The Pacifica measure would specify conditions under which a landlord could evict a tenant, including failure to pay rent, breach of lease, criminal activity and demolition of the rental unit.

A seven-member commission would be appointed by the City Council to enforce the law, which has generally garnered opposition from landlords and support from tenants.