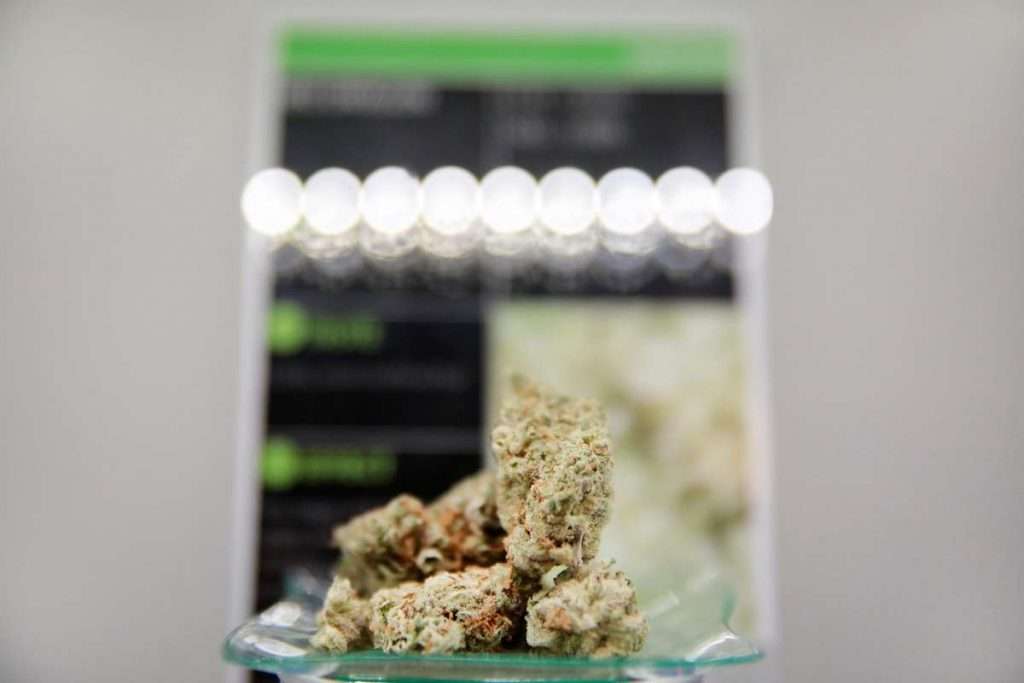 The fate of marijuana taxation in Cotati is not exactly foremost on the minds of Sonoma County residents as they recover from the disastrous fires that raged through their communities last month, but, ready or not, that and several other local issues will be up for a vote this week.

Besides the pot tax, Tuesday’s election will include a vote on an urban growth boundary in Windsor, a parcel tax for a small school district on the west edge of Petaluma and a seat on a remote water board. But to say the issues are falling under the radar would be to understate the situation.

“What election?” asked one woman as she walked out of Mercy Wellness of Cotati, the only cannabis dispensary in the city, with a bag of medicinal weed in her hand that may or may not be subject to new taxes.

“I’m not following that,” said an elderly customer.

It doesn’t help that all polling stations in Sonoma County will be closed Tuesday because of an executive order Gov. Jerry Brown issued after the fires, which made finding poll locations and recruiting poll workers more difficult.

The fact that the election will be conducted entirely by mail is expected to further reduce turnout, though county officials said they’re doing all they can to get people to vote, including sending everyone ballots that can be turned in.

“Every issue is important. Whether it’s to vote on a measure or elect somebody, these things have long-term implications.” said Liz Acosta, the special projects director for the Sonoma County registrar of voters. “But I think it’s fair to say people are distracted by the things going on elsewhere in the county. People’s minds are on other things.”

Granted, the ballot isn’t packed with the crucial issues of the day.

The town of Windsor is voting on a resolution to extend its urban growth boundary to the year 2040 and add a few extra parcels for commercial development. The Wilmar Union School District just west of Petaluma is seeking an annual $65 parcel tax that would last eight years, supporting the 240 students at Wilson Elementary School.

Two candidates are running for one seat on the Timber Cove Water District, in the tiny coastal hamlet of Sea Ranch.

The most contentious issue may be Measure G, in Cotati, a suburb of 7,500 south of Rohnert Park. Voters will decide whether to place a tax of up to 8 percent on the gross receipts of pot cultivators, or up to $25 per square foot of cultivation. The measure, which would also tax manufacturing, distribution and retail sales up to 8 percent of gross receipts, is expected to generate $300,000 a year.

Brandon Levine, the director of Mercy Wellness, said the measure — which as proposed would mean an initial tax of 2 percent on sales at his dispensary, rising to 3 percent in three years — will force many cultivators out of business. That, in turn, will force him to raise prices.

Still, he said he supports the taxes because the city has to raise money to enforce the law. No argument against Measure G was turned in for the ballot.

“We have been notifying all of our patients,” Levine said. “We want them to be aware that there will be an increase in taxes and that the tax ultimately will be passed down to the customer.”

Nonetheless, only 20 percent of total ballots had been mailed in as of Friday, Acosta said. Of the 21,150 registered voters in areas affected by the measures, 15,600 were already getting their ballots by mail, she said.

“At this point, for an off year and a small election like that, it’s probably not that unusual,” she said. “The reality is that the majority of our voters already were getting ballots by mail, with probably only about one quarter who were expecting to go to a polling place.”

Rick Gorell, a bartender at The 8 Ball, a bar and billiard hall on Old Redwood Highway in Cotati, was one of the few people who seemed to be aware of the upcoming election. He said he already voted in favor of the cannabis tax and mailed his ballot in.

“It’s a burgeoning industry and they should be taxed like the rest of us, but I would have liked to have read an argument against it,” said Gorell, who admitted it was the first time he had ever mailed in a ballot.

“It didn’t feel any different to me, but I didn’t lose my house,” he said of the election. “I’m sure it’s the last thing on a lot of people’s minds.”

None of the jurisdictions voting Tuesday were in areas directly hit by the fires, but Gorell said virtually everybody in Sonoma County knows someone who lost a home or a business or was hurt in some way.

Cotati City Hall was closed Friday, with a notice attached to the front door telling anyone who happened by that the election would be conducted by mail. The addresses where citizens could send or drop off their ballots were listed on the notice.

Laura Sparks, 36, of Cotati said she normally would have boned up on the issues by now, but the fires distracted her. Still, she said, she would have preferred to hear more about the election.

“The vote by mail doesn’t bother me. I don’t think many people go to the polls anyway,” Sparks said. “I just think there should have been more publicity. The only time I heard about it was when I got my sample ballot in the mail.”